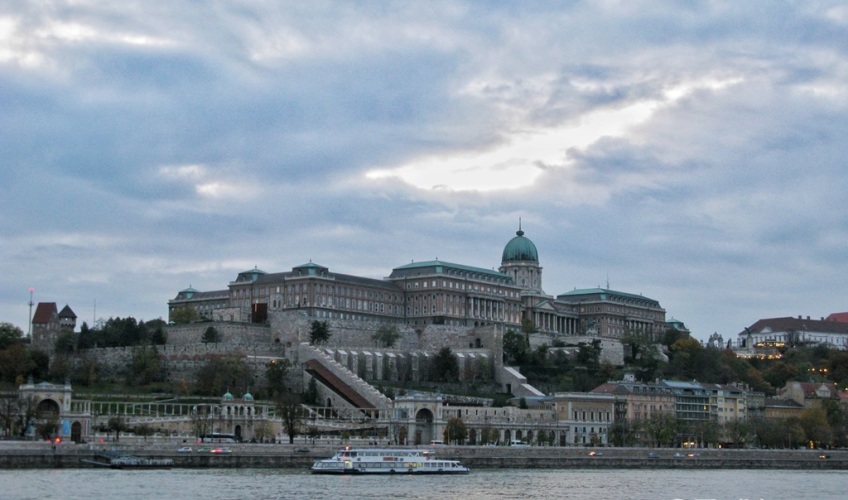 We were standing in the airport, waiting for our ride. I looked around and noticed a local young woman dressed in jeans, T-shirt and light winter coat. A guide as understood. She was surrounded by the group of tourists, mostly youngsters. It seems they’ve just arrived in Budapest and were very excited to be here, they all were smiling and discussing plans for the holiday. Meanwhile, woman was writing down their names and collecting money. Banknotes were unfamiliar to me. “Maybe Croatian”, I thought. “Or Romanian”. But why would they use wrong currency in Hungary? And then it hit me… Currency wasn’t wrong, it was Hungarian!

For some unknown reason I was sure that they started using euros already some time ago. That’s why I didn’t even bother to Google it before our trip. So, as you can imagine it took me by surprise. I pointed it out to my husband and we both laughed. It reminded us of one Russian couple in Barcelona that was unsuccessfully trying to pay their order with US dollars. They didn’t speak any English, and it took quite some time for them to understand why bartender wasn’t excepting their money. After seeing this episode I’m always reminding myself to check currency information before going to a new country. And look how well it worked for me now, he-he.

Luckily, there were currency exchange booths on every corner, and we changed all our euros in no time.

Next surprise I received the next day, when we took a metro. The metro itself was perfectly fine. Pedestrian tunnels, on the other hand, weren’t. Filled with homeless people that are using them as a home.

It looked like some zombie apocalypse movie came to live. The dirt, the daunting smell, the scary non-human faces… To be honest I don’t think I would have the courage to use Budapest metro if I was traveling alone.

That was an unpleasant surprise. But to be fair it was the only negative thing that we stumbled across. And 98% of our holiday was a positive experience. We’ve met lots of friendly Hungarians, we’ve seen many amazing historical buildings and we were blown away by spectacular panoramic views of Danube river. We tried local alcohol, we ate tasty and flavorful food. Hungarian cuisine once again made me realize that simple dishes are the most delicious. Simplicity is the key, as they say.

Summing it all up I can say that this incredible city managed to WOW me ten times over.

Would I like to come here again? Definitely yes! So, thank you Budapest and see you next time!

One thought on “Budapest. What I’ve learned and first impression”