I’ve visited twenty countries or so and have tried dozens of different dishes. There were many that I liked and few that I loved… but so far only one country managed to blow me away with its cuisine. Beautiful, delicious, rich in flavors. And even a simple thought of Serbian food makes my mouth water.

Here are few places in Bela Crkva area that we visited:

Main reason why we were ending up in Beli TRG was a Serbian beer, of course. But it also has a great location, just across the street from Gradski park. It’s a nice place that plays good and relaxing music.

Beli TRG is famous for their pizza. I know, I know, it has nothing to do with Serbian cuisine. Nevertheless, I wanted to include this place to my list since their pizza was actually pretty good. Although waitress puzzled us when she brought normal pizza and told us: “Here is your calzone”.

Well… it’s definitely not a calzone but it didn’t really matter because it was delicious. So, if you get hungry for pizza, then Beli TRG is a right choice for you.

BUM 016… We were coming here three times during our stay in Bela Crkva. And all three times we ordered the same national dish – pljeskavica (a ground beef and/or pork patty). And I can say without a doubt, that it was the best pljeskavica I’ve ever tried. Oh yes, it was so good that I even forgot to make pictures of it. The smell of this heavenly cooked meat hypnotized me, and I couldn’t control my brains anymore. I wanted one thing, and one thing only – to have a big bite of that meaty deliciousness.

Another place we liked was a small restaurant Jelovnik. It’s situated in a beautiful spot, next to Gradsko jezero (City lake). 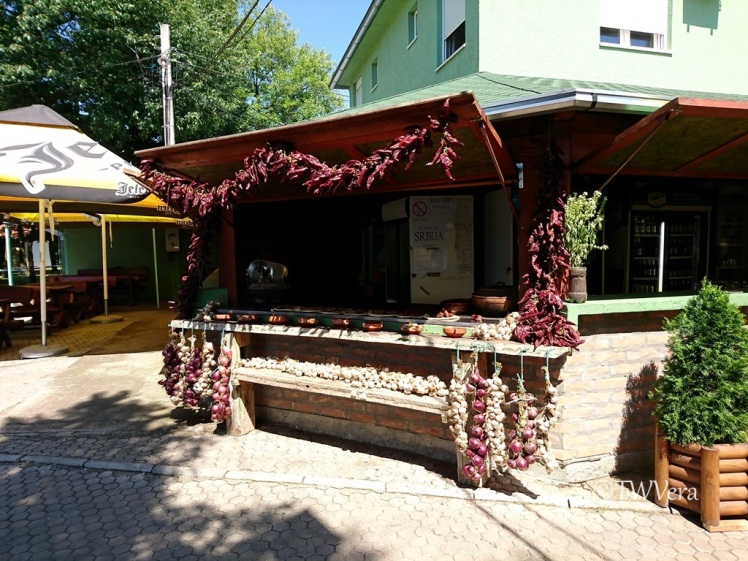 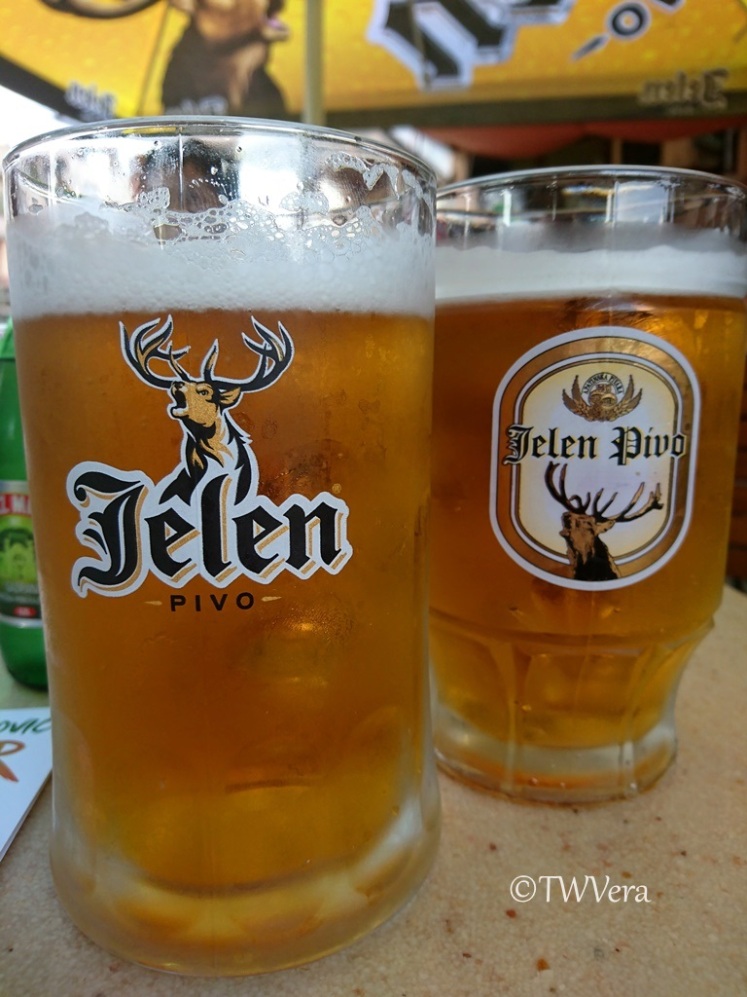 And here I had same situation as in BUM 016, – food was so good that by the time I remembered to take a photo of the dish… my plate was already empty.

We’ve tried pljeskavica (delicious but not as good as in BUM 016), vešalica (grilled strips of pork loin) and svinjski ražnjići (chunks of pork grilled on skewers).

So, there I was… sitting on a wooden bench, sipping cold and crisp Serbian draft beer, eating tasty meat delights cooked different ways, enjoying a beautiful view of the calm emerald lake surface and thinking: “If that’s not heaven, then I don’t know what is”.

And as they say – saving the best for last. Next two restaurants were the best restaurants that we’ve visited during our holiday in Serbia.

Dunav Stara Palanka is a lovely place that lies on a Danube river bank, not far from Romanian boarder. They have a wonderful terrace in the backyard, so it’s possible to reserve a table outside. That way you can have an amazing lunch or dinner (or both) with a spectacular view of the river and Romanian high hills.

Stara Palanka specializes in fish dishes. All the fish is fresh and local, it comes from Danube river. One of the things I would advise you to try is Riblja čorba. It’s a spicy paprika based fish soup, also known as Fisherman’s soup. 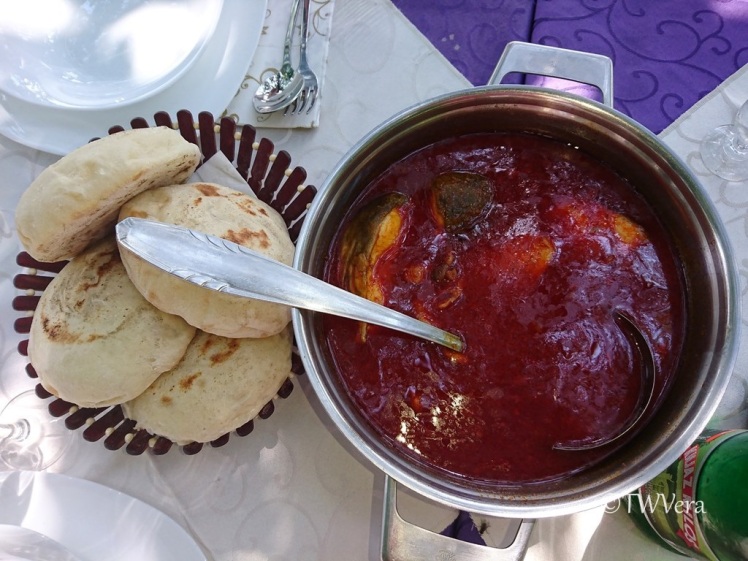 To be completely honest, I don’t really like fish soups. I just don’t understand the taste of boiled fish. And sometimes just the smell of it makes me nauseous. So, as you might imagine, I didn’t expect much from a traditional Serbian soup either. But my God, I was wrong! Riblja čorba is incredible! So tasty, so flavorful! I couldn’t get enough of it! I would easily have that soup for breakfast, lunch and dinner.

You won’t even need a spoon; fresh white bread will be totally enough. It sucks liquid like a sponge and that way you can enjoy your meal till the last drop.

For the main course we had a grilled smud and som (sander and catfish) with vegetables: 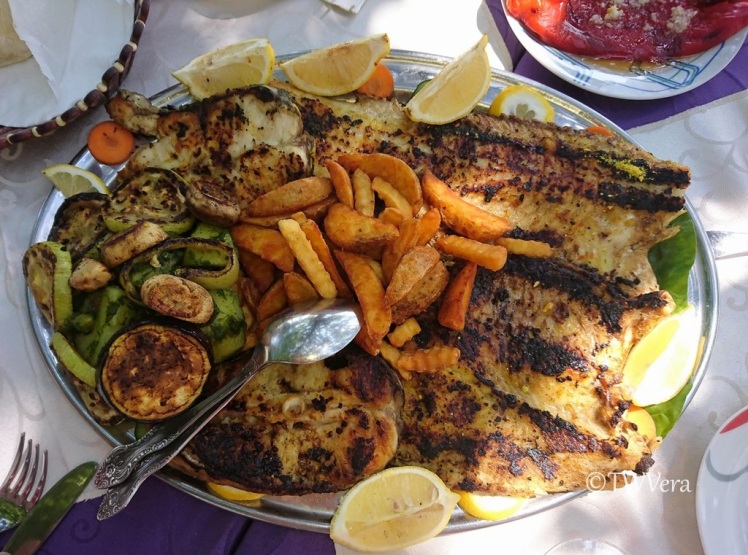 And for dessert we took the national alcoholic drink – rakija (rakia), a fruit brandy of some sort. Serbia is the world’s largest rakija producer and it was awarded with trademarks by the European Union for five different rakija brands: Šljivovica (made from plums), Dunjevača (quince), Medovača (honey), Kruškovača (pears) and Jabukovača (apple). My favorite flavors are pear and honey, they have nice aroma and not so strong taste.

I was really surprised (I would even say shocked!) when I didn’t find it on a TripAdvisor.  Which means that only locals and friends of locals know about this hidden gem. That is why I had to add it to TripAdvisor myself, so that other travelers could have one of the best gastronomical experiences in Serbia. 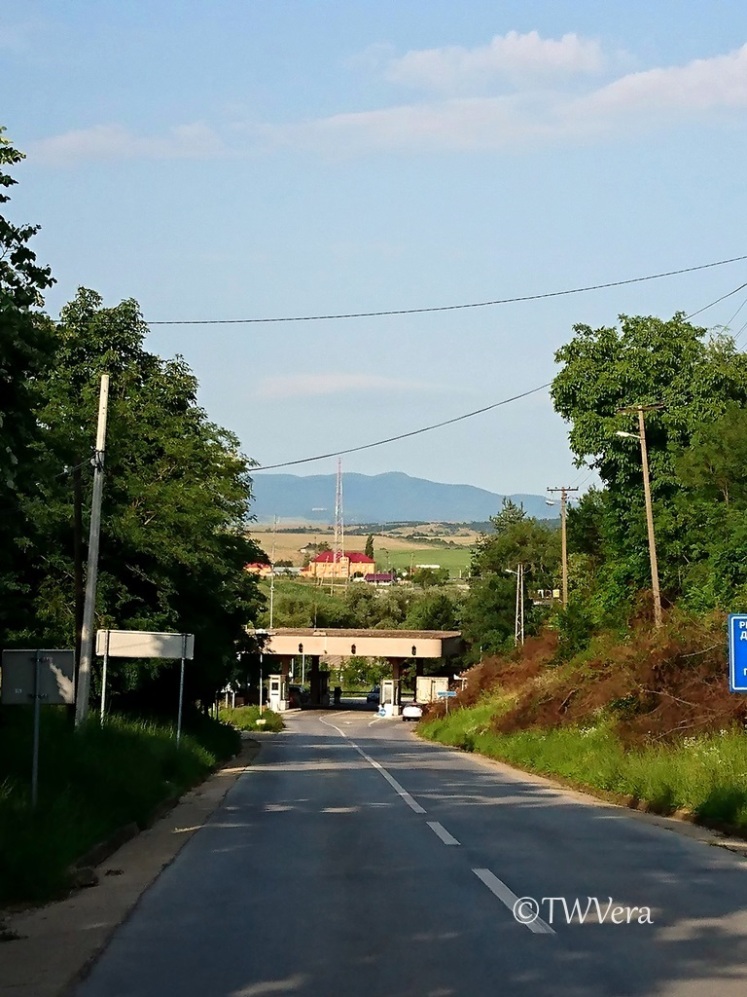 It has an amazing interior and atmosphere, that reminds me of traditional Ukrainian huts. I think I would call it rustic. 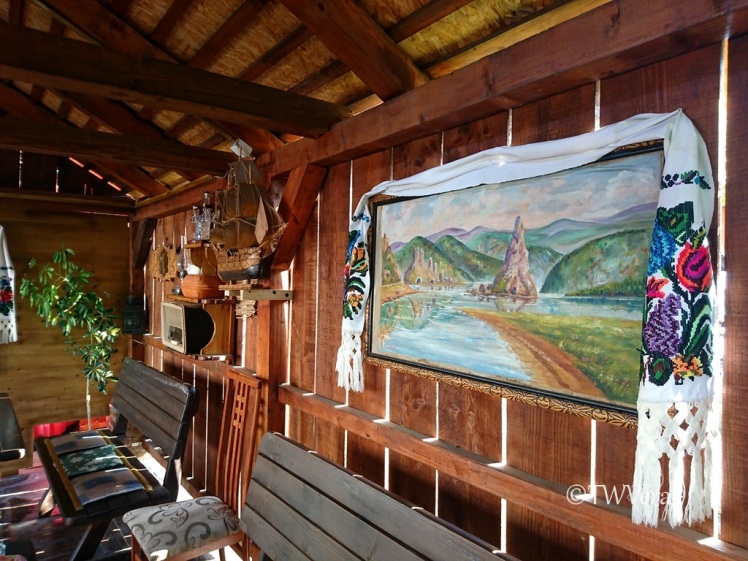 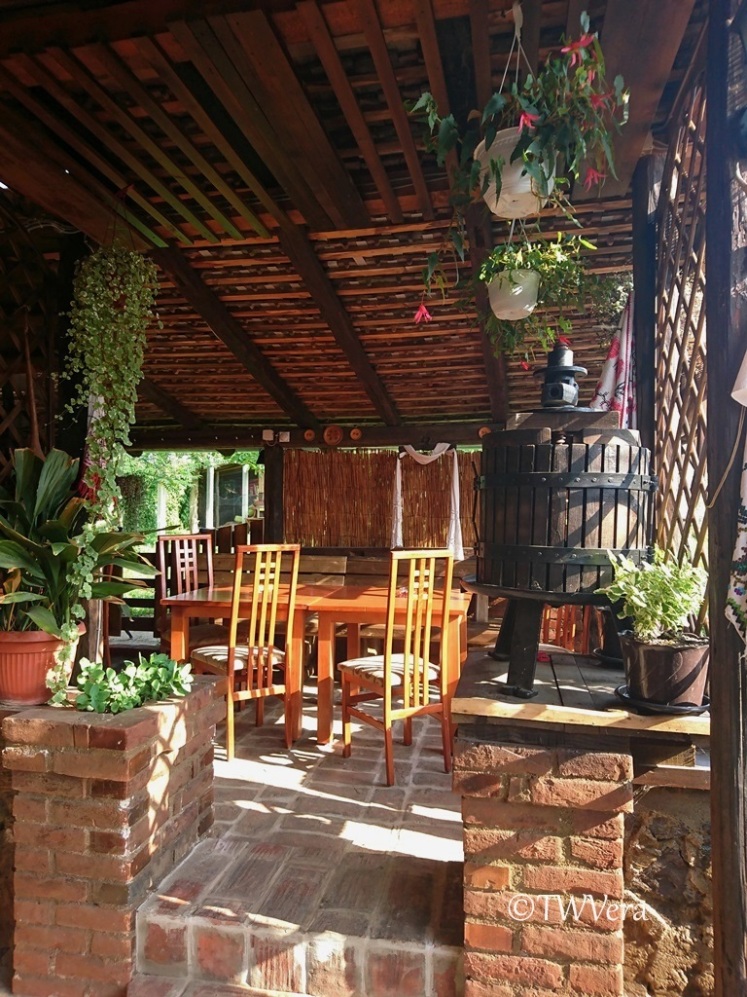 Service is friendly. Wine and food (both local) are delightful and very delicious. I am so happy that our friends took us here. It was a blast! This restaurant is in my TOP-3 Serbian restaurants now.

Prices though a bit higher than in Bela Crkva. And keep in mind that portions here are quite big, so you won’t leave hungry, that’s for sure. 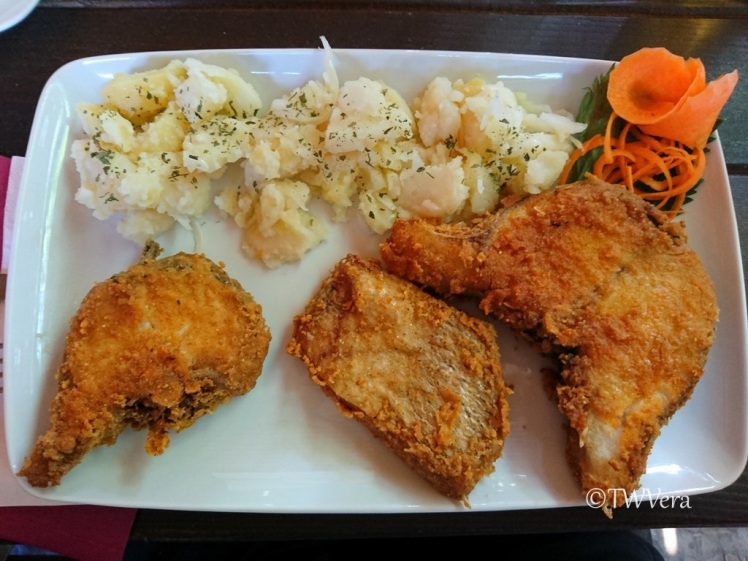 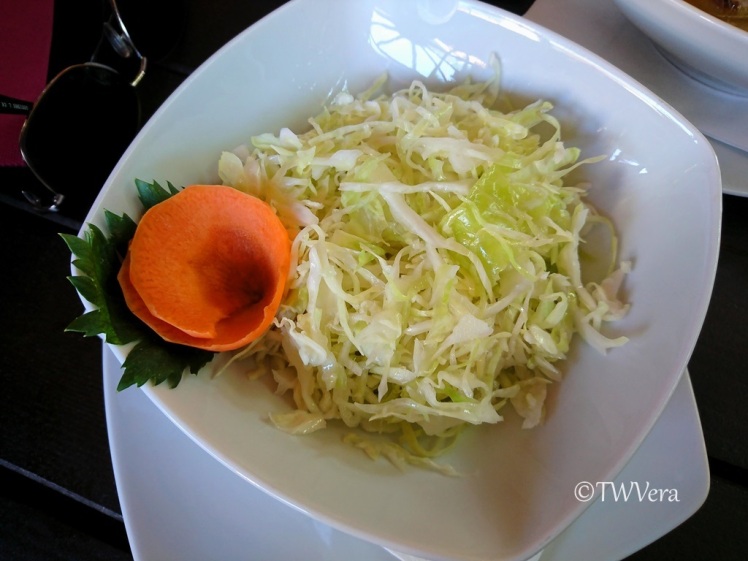