In the next couple blog posts I will tell you about our mini adventure. After checking the travel guide and map of Sri Lanka, we’ve made a list of places we wished to visit. And then we started planning our three-day trip with our driver.

I think Cultural Triangle is a “must” for most of the tourists. And no wonder, – it has numerous historical and cultural sights. So, when you are coming to Sri Lanka it will most likely be the first thing on your list. Beside Cultural Triangle we also hoped to visit Yala West (Ruhuna) National Park – it’s located in the south part of Sri Lanka – for a safari and to stay at least half a day in Galle city. And even though we had enough time to visit all these places, financially it was unrealistic. Yes, it would be great to be born into wealthy family or marry a Russian oligarch or at least a millionaire. But no can do and situation is what it is. That is why we (actually me, since I’m an accountant) are always calculating our travel expenses and planning our travel budget, so we wouldn’t end up in the situation where we don’t have any money left. Personally for me that is one of the worst things what could happen during holiday.

After proper thinking and calculating we have made the plan of our journey: Colombo-Kandy-Yala-Galle-Colombo. We have chosen Yala West National Park amongst others because judging by the reviews there are highest chances to see a leopard.

So, let the adventure begin!

This specific safari was chosen by our driver. To be honest I have mixed feelings about this place. On the one hand, riding an elephant was quite an experience. But on the other hand… it made me feel sad looking at this animal.

I saw other elephants as well. They were standing aside, chained but not locked in the box or surrounded by fence. They didn’t look as miserable as the ones in the Colombo Zoo, so that’s a plus. But awareness that “it’s just business” made me feel uneasy.

Riding an elephant was not so easy as it might seem. Me and my husband both were thinking that we most definitely gonna fall down from its back. And after the ride my legs were shaking like crazy because muscles were tense for so long time.

Would I want to ride an elephant again? I don’t think so. But like I said – it was an experience, something what I haven’t done before and was eager to try. I think that it is one of those things what you should try at least once in your life. In the future though I would prefer to see these magnificent creatures only in the wild. And that is what I am going to do next time we are in Sri Lanka.

What I didn’t like was the attitude of the workers (and some locals in general). Everyone is always expecting you to pay more and more. Although as I learned later it’s exactly the same everywhere else in Sri Lanka. I guess people here think that everyone who is coming to their country if not rich then at least wealthy enough to throw money on every corner. And when you do leave a tip they usually give you a disappointing (partly judgmental) look and say: “That is too small money”.

And talking about money… Twenty-minute elephant ride did cost 3000 LKR (around 16-17 euros) per person. In that time you go down to the river, then back up and make a small round. Elephant handler is walking beside at all time, guiding the animal. Another worker was following us with our camera and was making photos of us. You must leave a tip for both. Best satisfaction however I felt when I was giving a “tip” (mini bananas) to the elephant. I think it deserved it the most.

Also arranged by our driver. There is no entry fee and surprisingly no tip expectation either. Driver left us with one of the workers named Krishna who gave us tasty spiced tea – which by the way I’m drinking right now, while writing this post – to try (once again – for free) and started showing us around. He told us about the plants and flowers that are growing in their garden; explained what is their purpose and what they are used for. 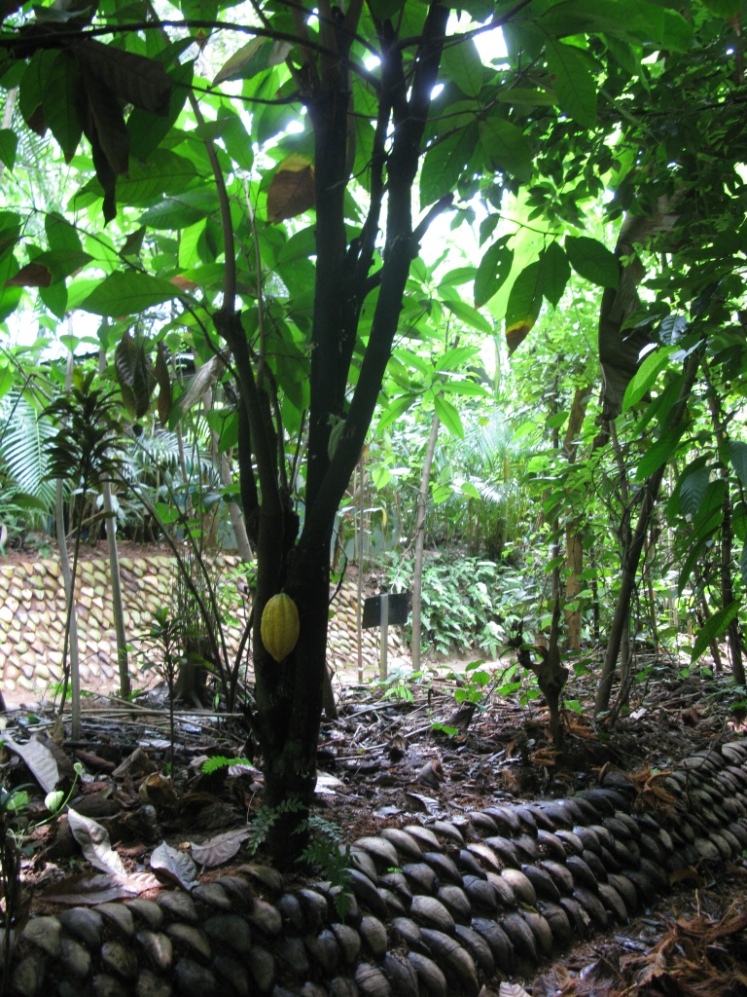 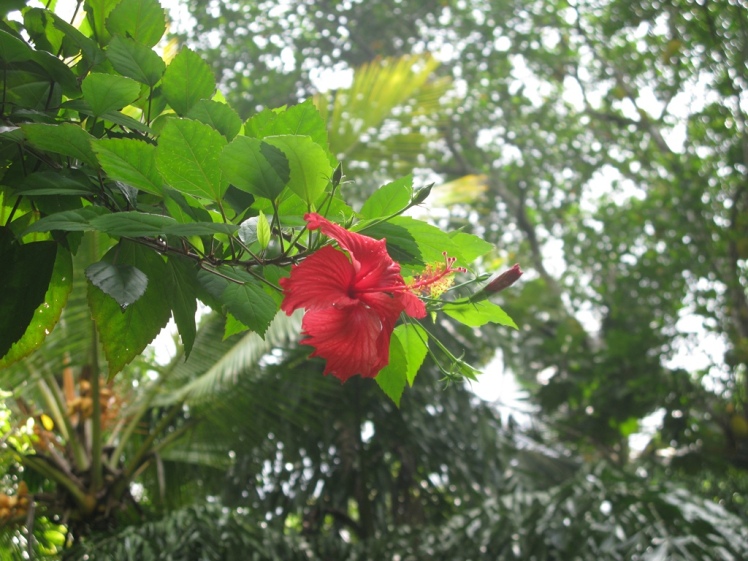 After the tour Krishna demonstrated few items to us. Amongst effective skin products was one which I think will be most interesting for women. The hair removing cream. “Yeah right”, thought I when he told us about it. As they say – I believe it when I see it. And show us he did. He applied a little amount of the cream on my husband’s arm and let it stay there for 7 minutes or so. Then he removed it with tissue paper… and it was gone! Bold circle on Heikki’s hand. That was phenomenal!

End of the tour was a Herb garden gift shop. The prices in this shop are not cheap, even after a discount. So keep it in mind if you decide to visit this place. If I remember correctly cheapest products were curry powder and spiced tea. We bought both of those, also White sandalwood oil, Jojoba cream, Aloe Vera gel and of course hair removing cream. I took smaller package because it was a bit cheaper… yet still expensive. I think it was around 50 euros or so. But in my opinion, it was absolutely worth it!

Those were two places that we visited on our way to Kandy.

First thing when we came to Kandy our driver took us to some fancy jewelry shop. Don’t even remember the name.

Why jewelry shop? Well, main reason is of course the fact that Sri Lanka is famous for its gems; I think it was even called the Gem Island because of the quantity and variety of gemstones you could find here. And most common souvenir that people are buying (beside spices) is jewelry with blue sapphire. Other reason is “business”. All the drivers have some sort of connections and agreements with the shops, restaurants, hotels, etc. And they get different kind of benefits by taking their clients to those place, – like free food, free stay or some percentage from the shopping made by clients. We have read about it in the internet before the trip and that’s why we knew that there is no sense to buy any jewelry at all in that kind of place, – everything will be overpriced. Unless you were not brought in by anyone but came to the shop by yourself.

In any case I can’t say that it was waste of our time. We watched ten-minute video that told us about the history of gem mining. We were quite surprised to learn that they still do the mines manually, basically exactly as they did it 100 years ago. It was really interesting and informative video.

They also had a model of the mine. After going through it I could see how difficult it is to be a gem miner.

We checked impressive gem collection what they had on display in one of the rooms. Also visited jeweler’s premises to see the jewelry makers at work. And then we were accompanied to the jewelry shop. Even though I do like jewelry and gemstones, at that point I wasn’t interested in checking anything and I just couldn’t wait to get out from there. Shop was crowded and noisy, sales personal was annoying and really pressuring to buy something. Something expensive. “You must buy a piece with sapphire! You will regret if you won’t”… By that time I was ready to just run away. I hate when people are pressuring me into doing something, especially into something what I don’t want. So we left. Don’t know who was more disappointed that we didn’t buy anything – the salesman or our driver. Either way I was very happy to get out from that building.